My two year old Nephew has recently developed an imagination. It is awesome, he runs around making his dinosaurs roar (while telling them not to bite), pretending he's a gorilla and changing his stuffed animals diaper. It is so fun to watch.  We all think he's the most amazing child ever, of course.  How many just 25 month olds do you you know who can say "Stegosaurus" and "Triceratops", while identifying them correctly from the pile of dinos in front of them?

For Christmas I made Cameron his own superhero cape. I had plans for some kind of utility belt, but things got busy at the end of the year and I didn't get to make it.  That's in the past though...I'm just going to celebrate my success on this one.

This picture shows the back of the cape. With the help of my husband, who drew the flames for me, I was able to applique this black C on to the silver fabric with double sided Heat N Bond.

In this picture he's saying "Fire. Hot." He immediately knew that these were flames. 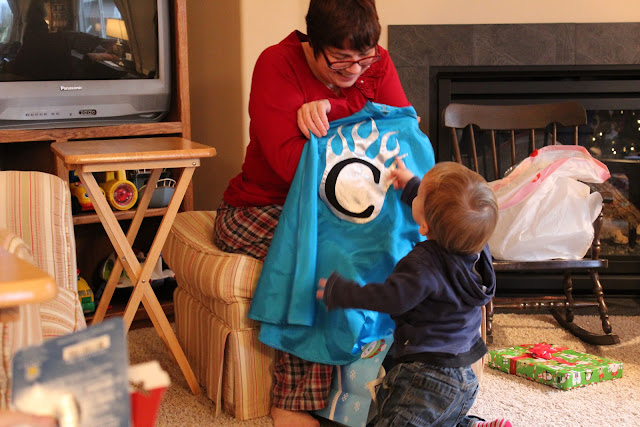 Here he is wearing the cape, a perfect length for now, and as he gets taller. 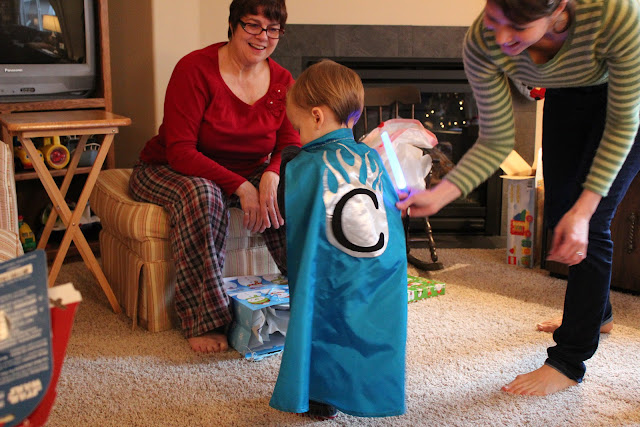